To better support the needs of smaller leagues, we have added the new “pick up” league type in addition to the conventional league type “fixed teams”. Here is a list of differences between the two types to properly identify your needs.

To create a “pick up” type league, select this type in the league creation form. If your league is already created, go to your league settings and select “pick-up” as the league type. You must have exactly two teams to go from “fixed teams” to “pick-up”. Players from your existing teams will remain associated with the league.

Before starting a game, go to the game details and click on the “Create Lineup” button. Decide which player will be in which team manually or randomly by clicking the “Generate Random Lineup” button. If you are not satisfied with a random lineup, you can click the button again to generate a new lineup or make the final adjustments manually. Once satisfied, you can send the lineup to the players by selecting “Send Lineup to Players”. You can also print your lineup to display at the arena. 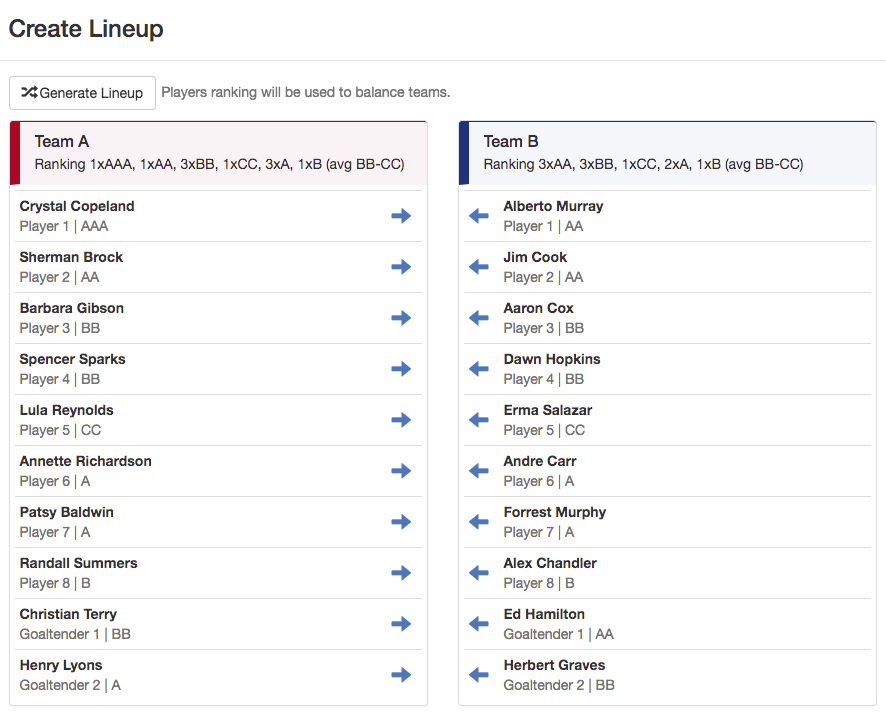 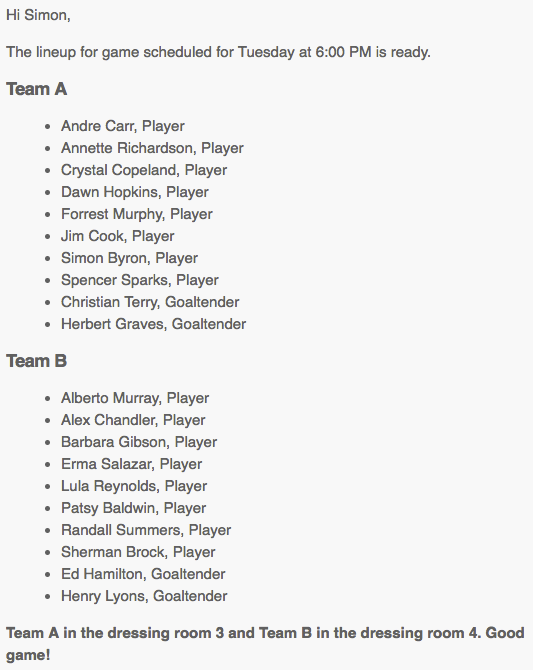 Example of a lineup sent by email

To change the name, color, and logo of your two teams, go to the “Teams” tab of your league settings. 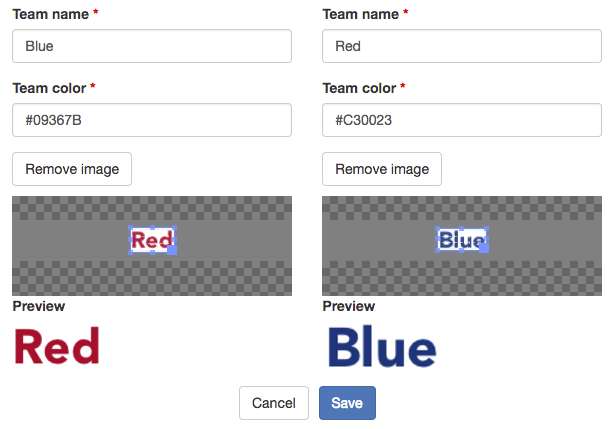 If you have any questions or comments please contact us at info@league2go.com.